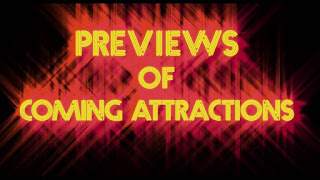 For a guy who writes sporadically at this point, I still seem to be landing a fair number of publication deals. There will be a number of stories both new and old landing in print and podcast form this winter, with more pending.  Here's the lowdown on what's set in stone so far.

The biggest news is that my first sale to a periodical recognized by the Science Fiction and Fantasy Writers of America will hit the net in December.  CRAVINGS, a tale of forbidden barbecue and distributive justice set in a near-future Kansas City, will appear in Compelling Science Fiction in December of this year.  This is one of my most-revised stories, starting life under a different name as a tossed-off submission to an obscure literary contest and wending its way through eight drafts and 20+ rejections before finally selling to probably the highest-profile magazine I ever submitted it to.  I don't understand what happened with this story, but I'm grateful it did.  As is commonplace for magazines that pay pro rates, this one will be paywalled, but keep an eye on social media for news of its release.

DON, in which a climate-scientist Don Quixote does battle with modern windmills, made the cut at Andromeda Spaceways earlier this year and has since been chosen for their Best of 2019 anthology.  I've also reached agreement for a free version to be published on the web, but the publisher went silent almost immediately after accepting. We'll see what happens there.

KILL THE UMPIRE, a very short piece which explores Little League baseball in a posthuman future, will be posted for free viewing at the Medium site The Arcanist in November.  The Arcanist was also the venue for my cyber-cowboy piece Finger last year, and is in my opinion one of the most underrated fiction sites on the web; in terms of quality they hit WAY outside of their weight class.

PRODIGAL...ah, what to say of Prodigal?  A biblical allegory set in an Amish space colony, this one was my wayward literary son for a long, long time.  It was rejected with scorn and laughter by every venue you've heard of and some you haven't...and then, when I thought hope was lost, it was picked up by Planet Scumm for release this winter.  You'll have to pay to read this one, but you really ought to.  PS is a pure delight, a sort of literary-pulp hybrid with an absolutely fantastic sense of humor about itself, and a quietly dazzling list of author credits.  If I were editing an indie, I'd want it to be very much like Planet Scumm.

And then there's WIPEOUT, which I still regard as the best short story I've ever written.  A deep dive into the worlds of high school debate and voluntary human extinction, it was first published under a creative commons license and is freely available on the net.  And yet, suddenly, everybody seems to want a piece of it...the subscription site The New Accelerator picked it up for distribution in mid-September, and the ultra-professional podcast The Centropic Oracle has purchased the audio rights, with publication date pending.

There's more in the quiver as well.  Those wonderful indie pulps are all opening their doors to submission in October, and I'll be sending them a couple of pieces of which I'm very proud, including a Baen Adventure Fiction Contest finalist.  I'm also marketing a dark fantasy piece about soccer, an utterly insane piece of paranormal fiction inspired by the fiftieth anniversary of Apollo 11, and I'm investigating possibilities regarding a certain YA novel long thought to be dead.

It seems that the game keeps pulling me back in.  And who'd have it any other way?

Posted by Steve DuBois at 6:36 PM No comments: