The Capitol invasion and other crimes 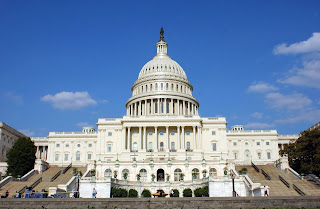 I am a part-owner of the US capitol, as are most of the people reading this post. I am pissed right now, because a gang of thugs and morons have taken a piss on what's mine and have interrupted the business which I pay my employees in the US Congress to perform. I am eager to see them locked up for doing this.

The invaders, I mean, not the Congress.
Well, not ALL of the Congress.
I also see today's capitol invasion as similar, in some ways, to the destruction of minority-owned businesses by rioters this summer. Both were property crimes meriting prosecution of those responsible. I suspect we will see a lot more energy invested in holding today's perps accountable, though. This is not because what they did caused more harm. It is because this summer's perpetrators picked a less powerful set of victims.
I note with gladness that nobody is talking, with respect to today's events, about "the language of the unheard" or how "insurance will cover it" (side note: it won't) or that "it's just property, dude." I hope that today's events will help people understand why those are some pretty fucked-up things to say to people whose homes or businesses have been invaded or destroyed. Not much consolation when it's your business, is it?
I note also, where the magnitude of the offense is concerned, that the people working in the building that was invaded today are not going to lose their life savings or their livelihoods for the sake of somebody's infantile form of political expression. Nor will the owners. Make no mistake, what happened today was bad. But in the ways that matter most, what happened this summer was worse.
I'm against lawless vandalism, trespass, and destruction in pretty much all circumstances. That principle is grounded in a recognition of the suffering of the victims--who, today, were all of us. So let's make the suffering of the victims--not the ideology of the perpetrators--our guiding star in evaluating events of this kind. Let's remember how today felt, and let's make it a priority to keep other people from feeling this way in the future.
Posted by Steve DuBois at 5:55 PM 1 comment: